by Airline BD
in Blog
0

Bangladesh is a South Asian democratic country. It is a small but populous country but abounds of natural beauties. So this country has been attracting people from all over the world for many years by embracing the natural greenery and its beauty. So many tourists come to the country to imbibe its natural scenic beauty and to make the mind fresh. Many tourist spots in Bangladesh can drive someone crazy for a few moments. Today I will share with you some of the most beautiful tourist spots in Bangladesh.

Bangladesh is considered the queen of all the countries in the world in terms of its beauty & attractiveness. You will be able to get experiences of lofty mountains and hills, mighty rivers, the world’s largest sea beach, and also you can touch and feel its beauty and You will lose yourself in the abyss of beauty.

The world’s largest Mangrove forest Sundarban is one of Bangladesh’s most beautiful tourist spots. It is a UNESCO World Heritage Site. This region is densely covered by mangrove forests and is one of the largest reserves for the Bengal tiger. Every year, millions of people come to Bangladesh to visit the Sundarbans. The most attractive things of the forest are the Sundari tree, The Royal Bengal Tiger, various birds, spotted deer, crocodile, and so many ocular things. 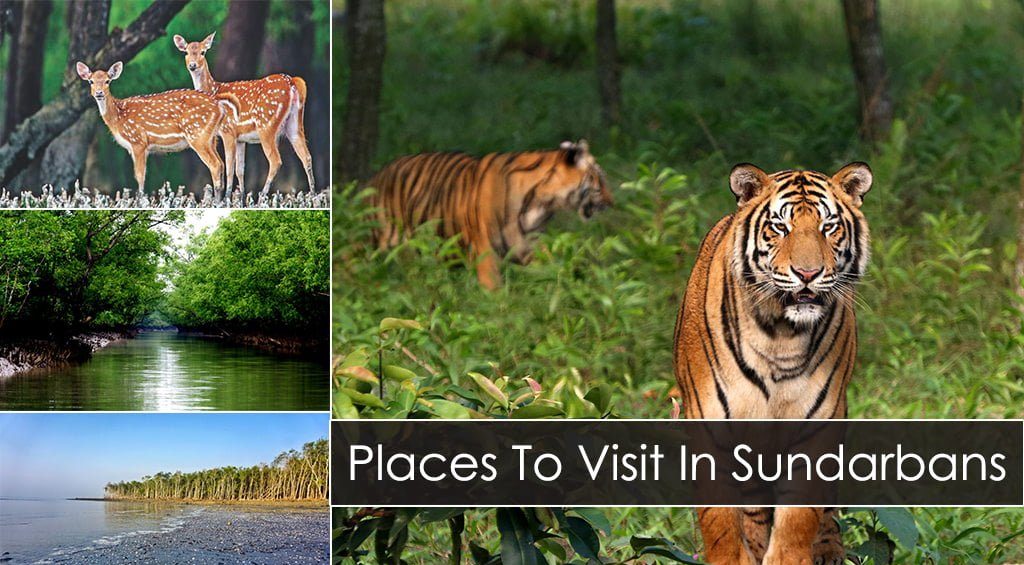 Cox’s Bazar is known for its wide and long sandy beach and it is that is considered the largest sandy sea beach in the world. The cool fresh air and peaceful weather on the shore will surely make you relaxed.  You will be able to see there a vast sheet of water and its lofty wave that fall on its bank. You can enjoy from here the sunrise and sunset that will charm you. 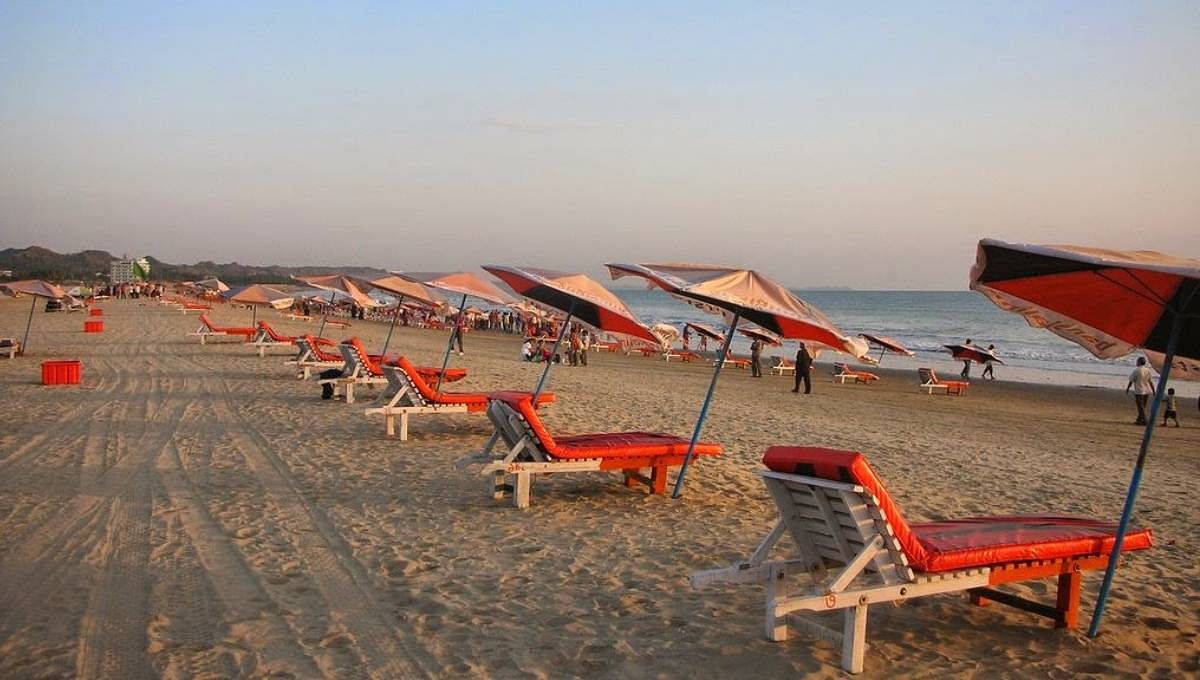 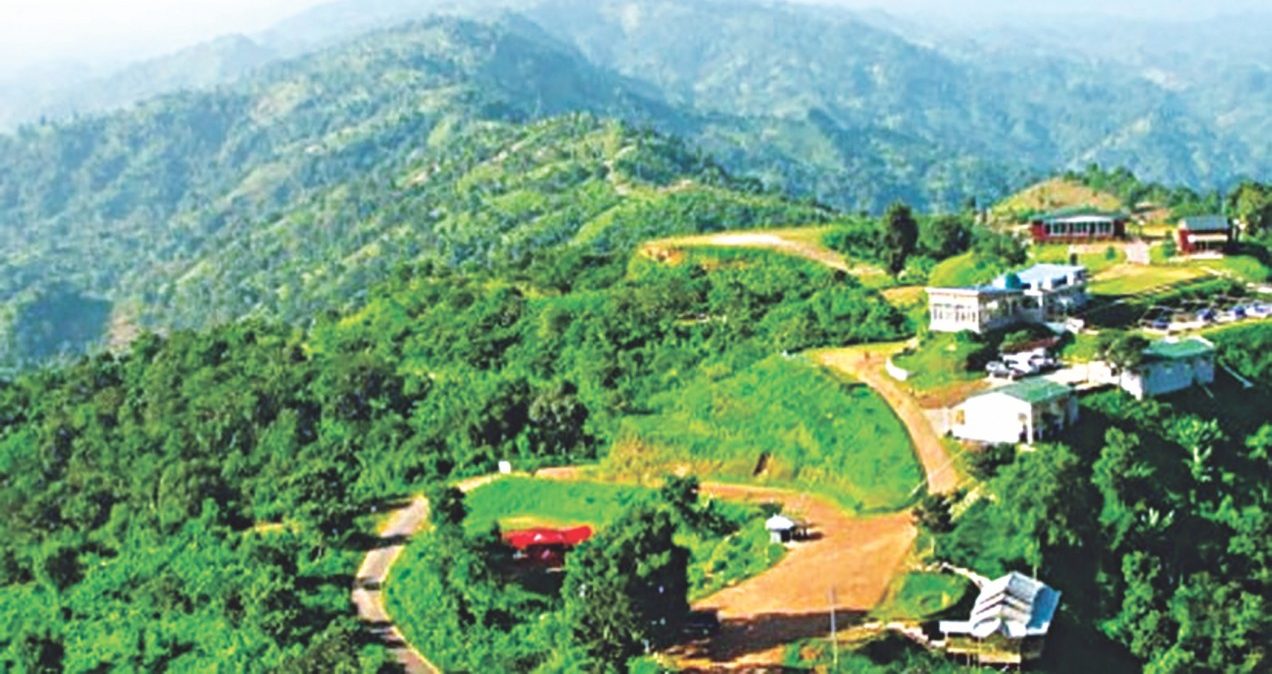 Rangamati is the administrative headquarters of Rangamati Hill District in the Chittagong Hill Tracts. There are also some notable spots in Rangamati like the Kaptai lake, the hanging bridge, and the Pablakhali reserve forest. 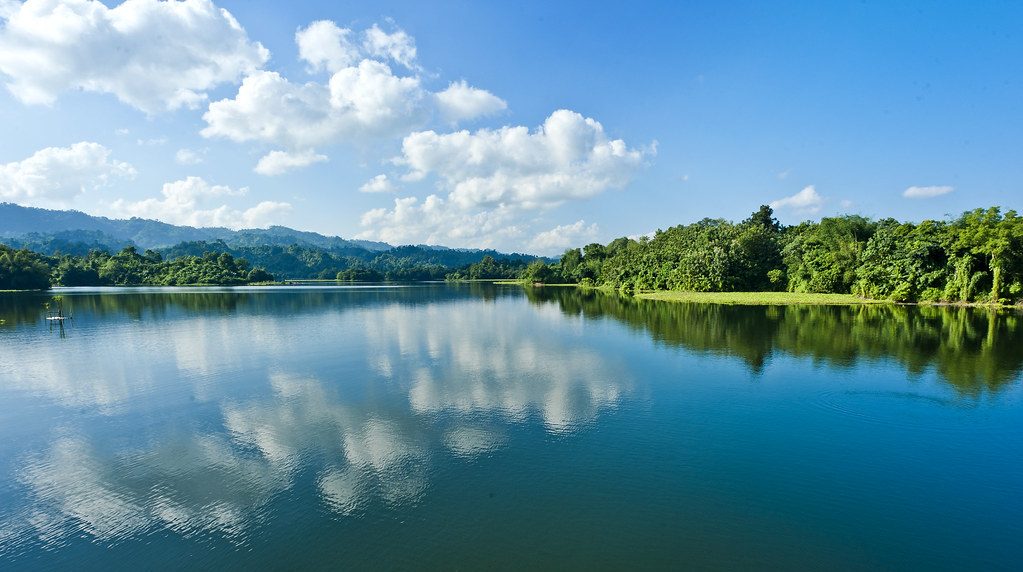 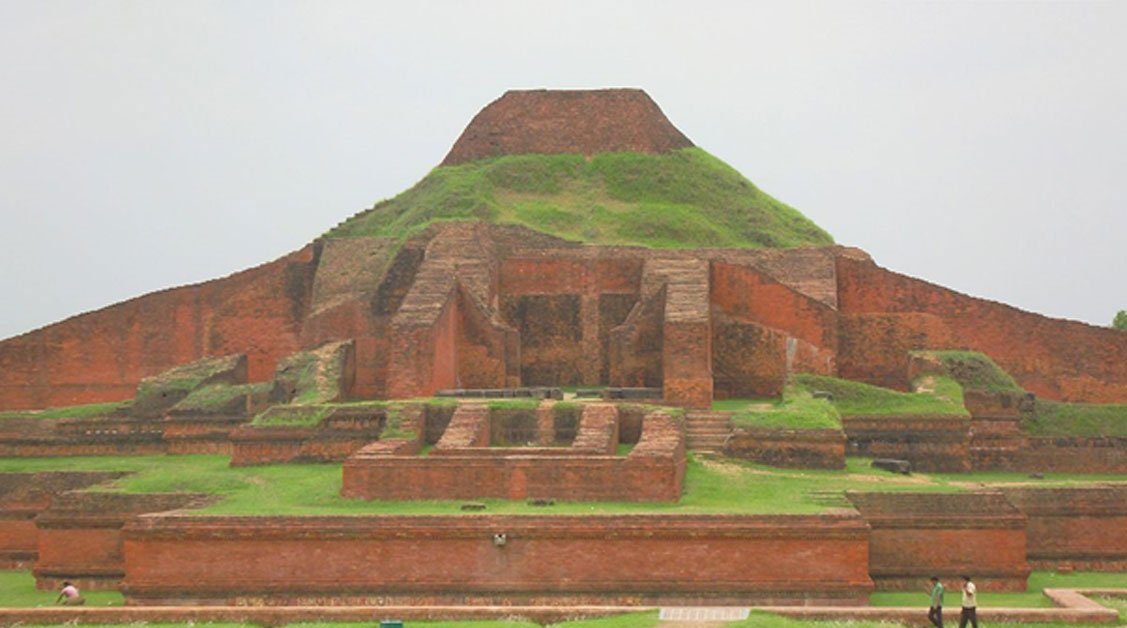 St. Martin’s Island is small, about 9 km south of the tip of the Cox’s Bazar-Teknaf peninsula. St. Martin’s Island is the northeastern part of the Bay of Bengal. It is the only coral island that is beautiful enough though it is small in area. The island is inhabited by 7 to 8 thousand people. Fish are available on the island. Chera Dwip, another small island should be visited on your trip by boat. It can invigorate the minds of nature lovers. 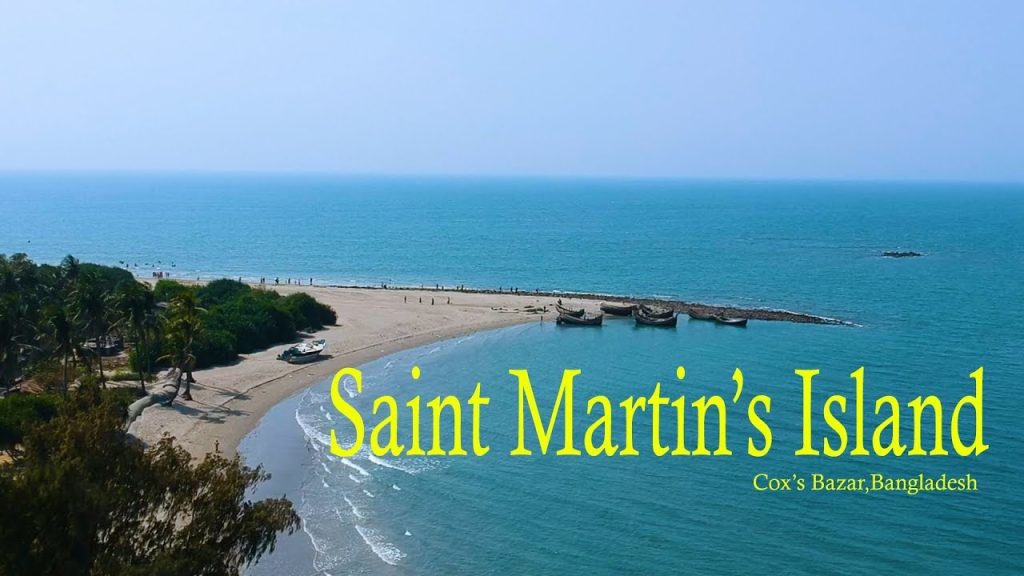 Jaflong situated in the Sylhet division is one of the adoring places that draw the tourist’s attraction. You will find the area bordered by the hills and you can enjoy the waterfall on the way from Jaflong to Sylhet. Tea garden and zero points are the most beautiful spot of Jaflong and you shouldn’t miss it anyway. 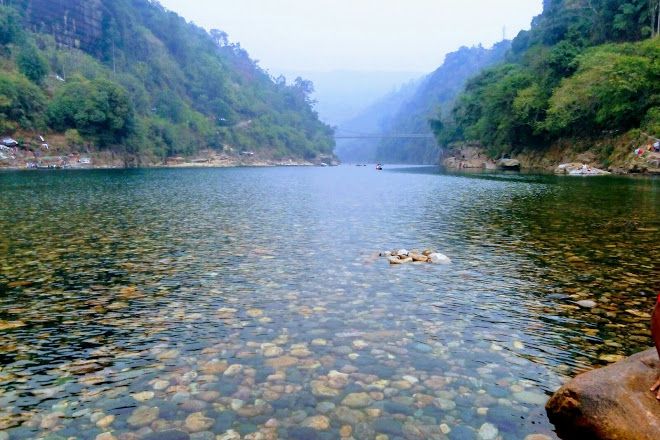 Kuakata is locally known as “Sagore Konna”, commonly called the daughter of the sea, and the picturesque landscape is located at Lotachapli, Kolapara, Patuakhali. It is one of the unique places that serve you the amazing sunrise and sunset. Perhaps, it makes the Kuakata a famous tourist spot. 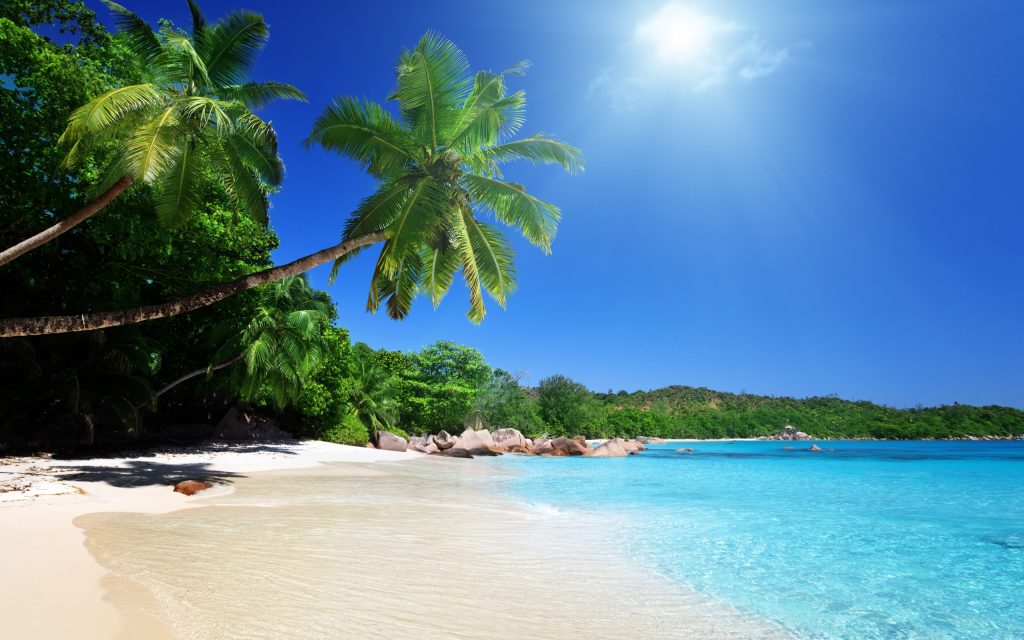 Sonargoan is the golden city and it was the capital and commercial and maritime center of Bengal in the Pre-Muslim, Muslim, and British period was the capital of Bangladesh for a various time in history. Here you will see the old buildings and the relics of ancient Bengal. Sonargaon Museum is also a spectacular place where you will be able to see the oldest heritage of Bengal. 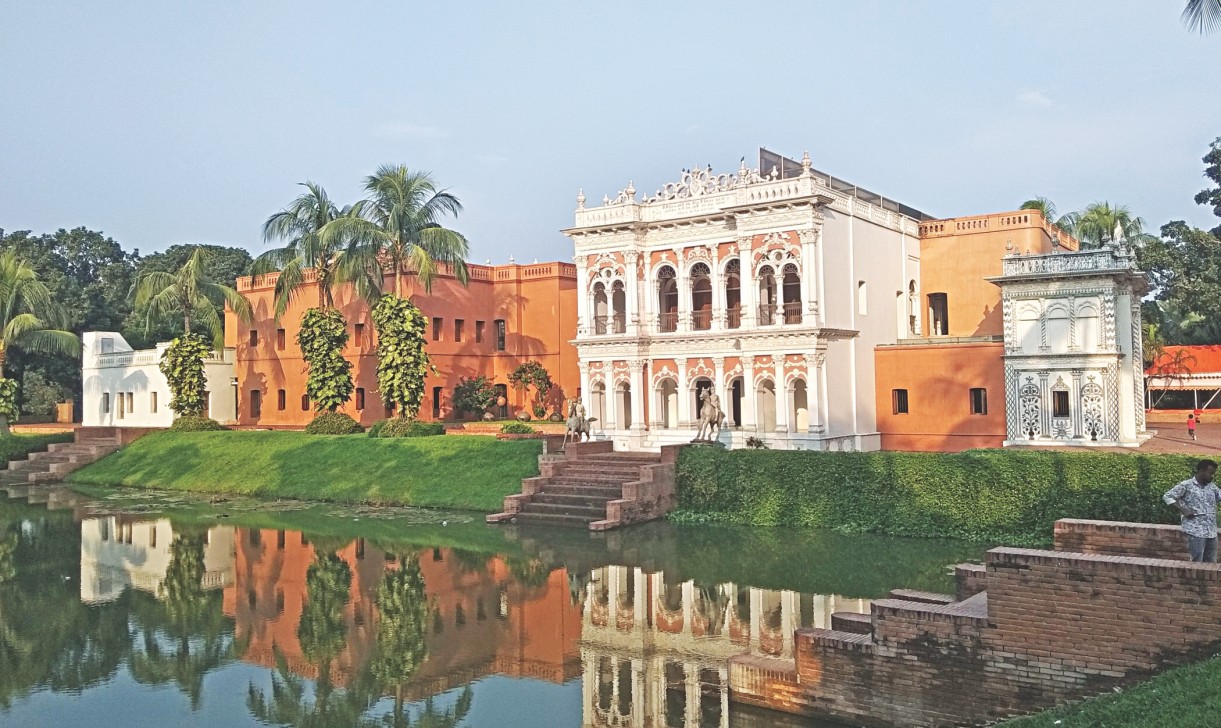 Lalbag Fort, another name is Aurangabad is one of the historical places of Bangladesh. Lalbag Fort is a Mughal palace castle built by Mudmhammad Azam in 1678 in the southwestern part of Dhaka beside the Buriganga River. The construction style catches all the spectators’ eyes. 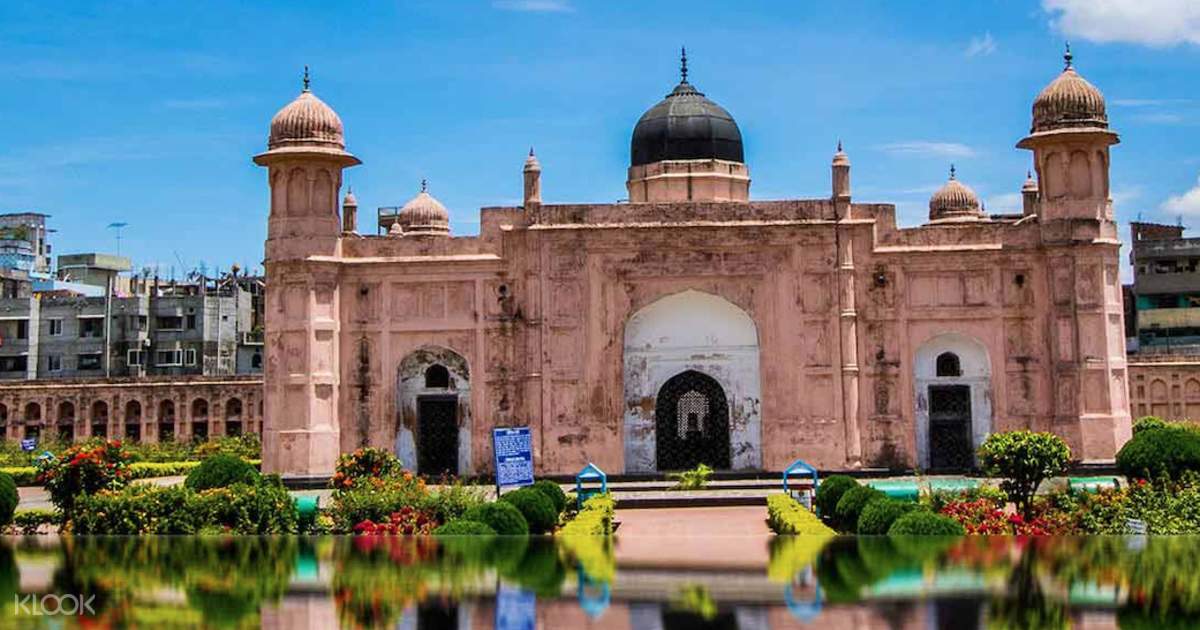 Ahsan Manzil is called the “Pink Palace” which is also one of the Mughal archeological heritage located in old Dhaka at Kumartoli, Islampur area beside the Buriganga River. It was the residential palace for Dhaka Nawab Family. To make it always alive, the palace turned into a museum on 20 September 1992. The sixty dome mosque, locally known as “Saat Gambuj Masjid” is located in Bagerhat district. It is one of the unique Masjid from the Saltanad period and the Mosque was built in 1454 and is the largest brick mosque of Bangladesh. Though its called the sixty-dome mosque, there are eighty domes on the mosque.

It is an enormous Moghol architectural site covering an area of 160×108 square feet. Khan Jahan Ali established this mosque and he was also the founder of the Bagerhat district. It is now one of the world heritage sites acclaimed by UNESCO. 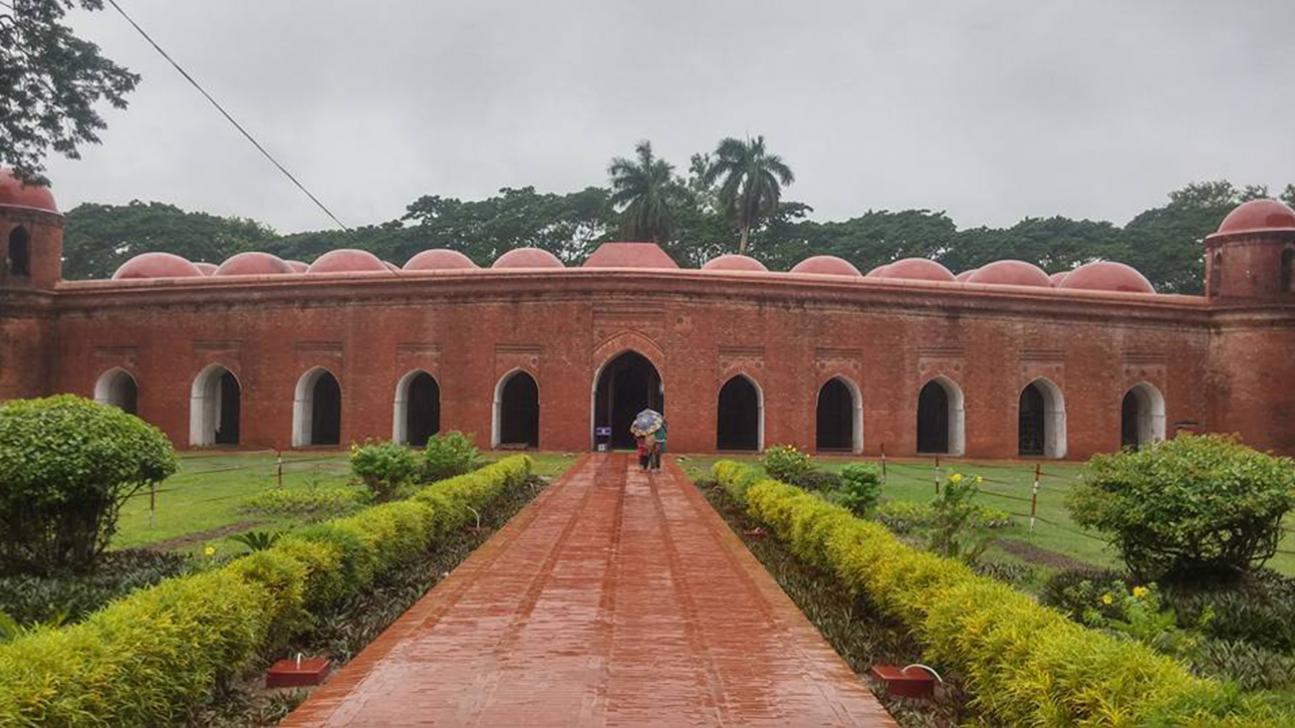 Sajek Valley is one of the attractive mind-pleasing tourist spots in Bangladesh located in Sajek union, Baghaichhari Upazila in Rangamati District. The name Sajek comes from the Sajek River that originates from the Karnafuli river that separates Bangladesh from India. Sajek Valley is known as the Queen of Hills & Roof of Rangamati. The natural beauty of the valley makes anybody crazy for a few seconds and you may get lost in the abyss of its beauty. 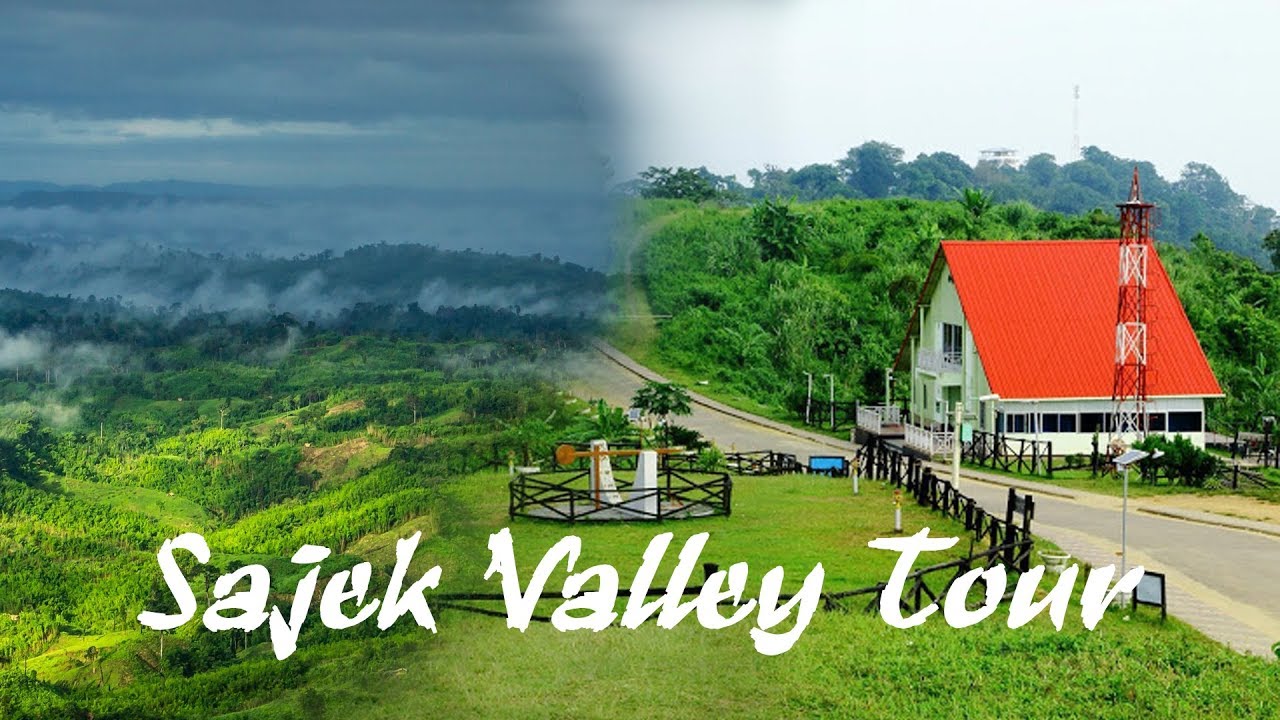 Nilachal is one of the most visited places in the Bandarban district of Bangladesh and from this place, you will see the entire Bandarban district at a glance. The main attractions of this place are the fascinating natural scenic beauty of the hill, the sunset of the afternoon. Nilachal is special for a spectacular view from the hill apex and taking photos. It is about 2000 feet above sea level and 5 km away from Bandarban city. 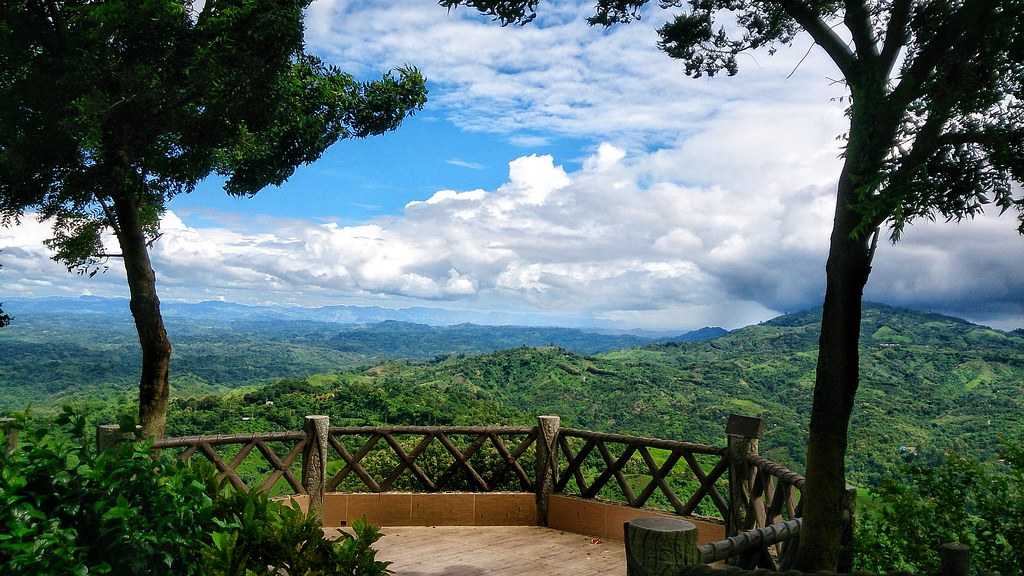 National Martyrs’ Memorial commonly known as Jatiyo Sriti Soudho that symbolizes the valor and sacrifice of the martyrs who sacrificed their lives for the liberation of Bangladesh. It is located in Savar, about 35 km northwest of the capital, Dhaka. The famous Bangladeshi structural engineer and architect Syed Mainul Hossain is the designer of the National Martyrs’ Memorial.

The architecture is composed of seven pairs of triangular-shaped walls, the outermost pair being the shortest in height but widest in span, the inner pairs gradually change their aspect ratio and the innermost pair thus forms the peak point of the architecture. The monument was inaugurated on 16 December 1982. 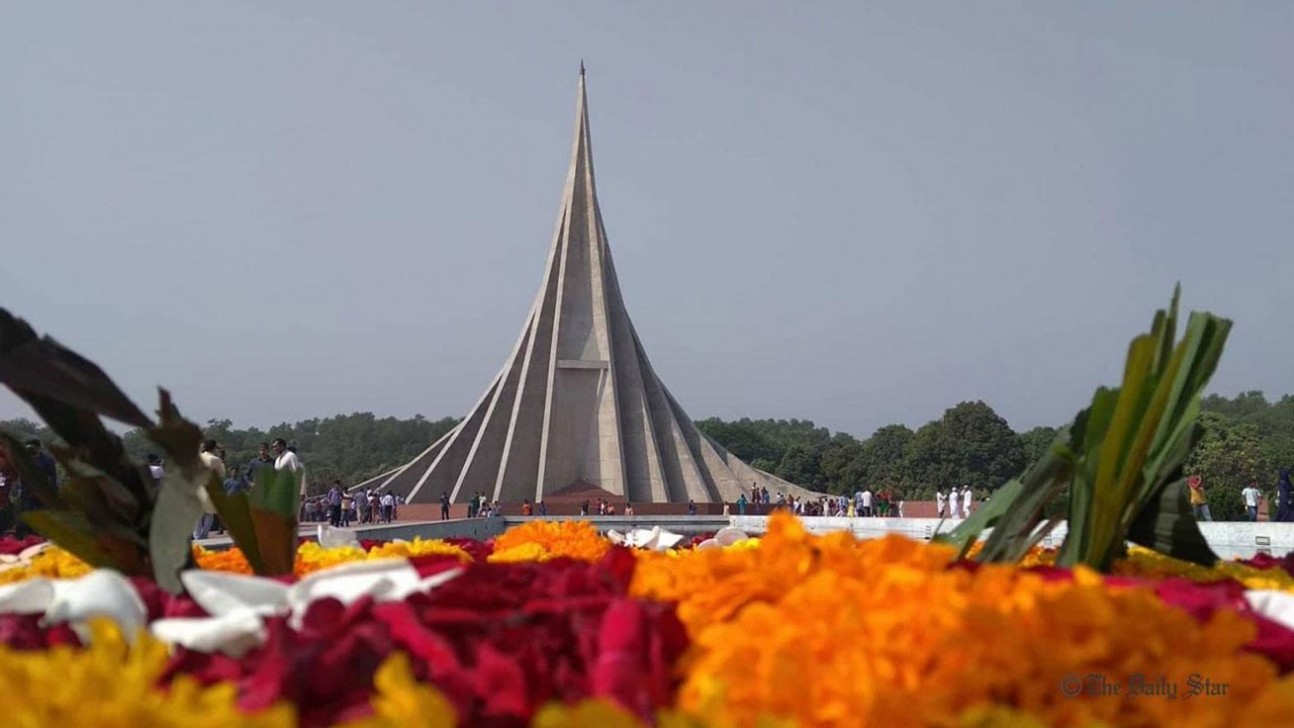 Bisanakandi is one of the most visited tourist spots in Bangladesh that is located in Rustompur Union, Gowainghat Upazila of Bangladesh’s Sylhet District. It is the place where many layers of the Khasi mountains from both sides meet at one point. All these are awesome and you can’t take off your eyes from that beautiful natural scene. Rainy season the perfect time to visit the beautiful Bisanakandi that coalesces the charms of high mountains, sinuous rivers, graceful falls, and dancing clouds.

Sitakunda is one of the charming places that will definitely soothe you and your mind. Many tourists come to the place from various of the world. Sitakunda, Chittagong is a sacred place for Hindus and Buddhists. There is numerous waterfall in Sitakundu, Mirasarai area in Chittagong Hill tracks. Suptadhara Waterfall is notable among them and it will amaze you. It’s an amazing place for adventure lovers where you will get to trek the infamous waterfall as well as can explore the hill tracks. 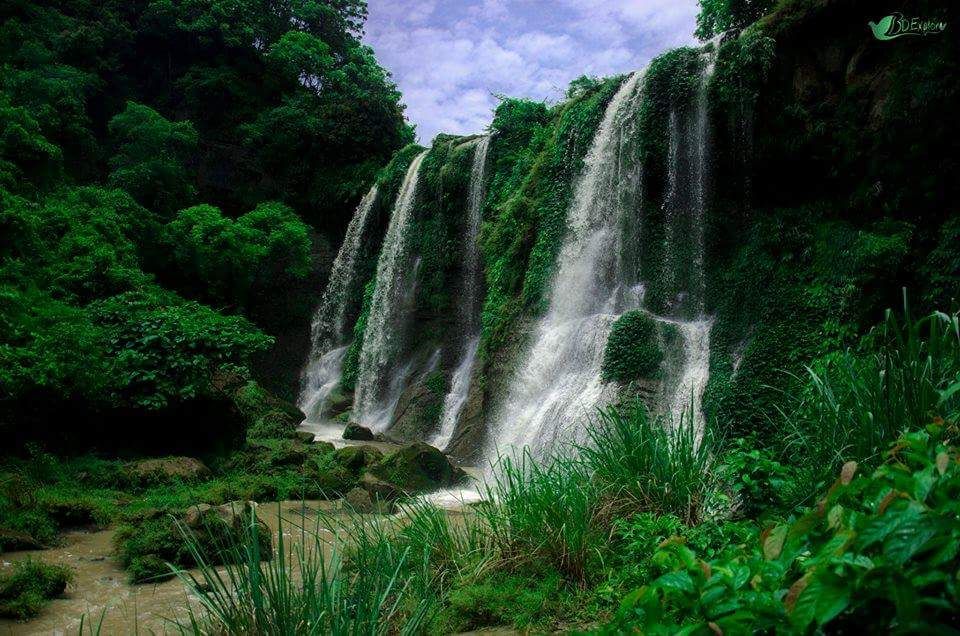 Now this island has been declared as the unique eco-touristic spot for its ideal natural setup with the rich biodiversification factors and the perennial mangrove forest with wild animals like spotted deer, wild boar, and rhesus macaque and for the ideal habitat for fish resources. During winter, thousands of migratory birds flock to the island. 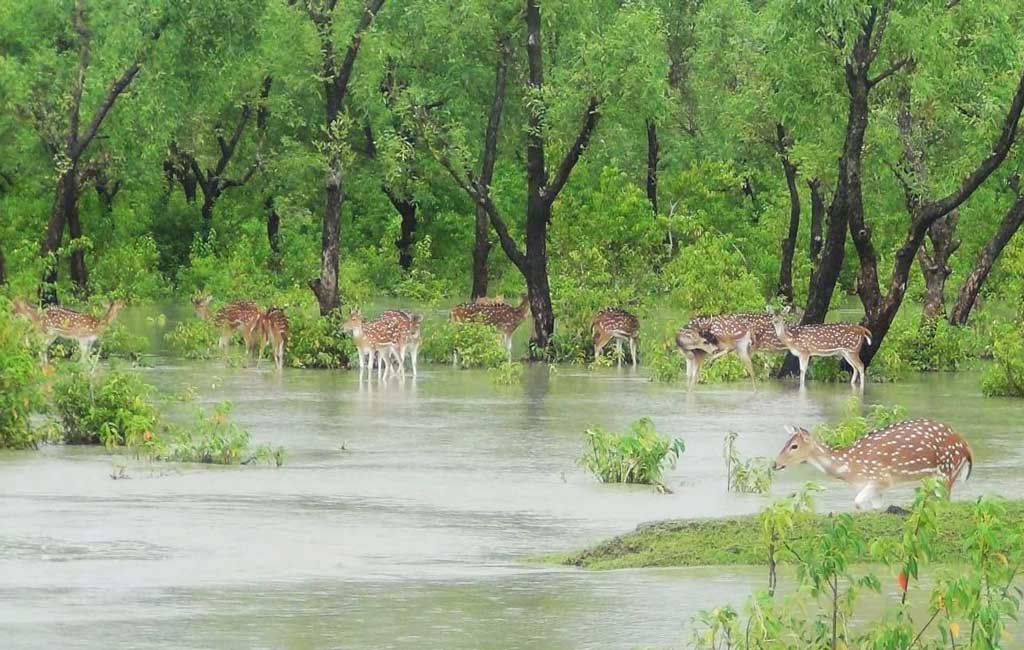 Patenga Sea Beach is one of the most beautiful and popular beaches of Bangladesh located just 14 km away from Chittagong. Though it is a sea beach, it is not for swimming, a concrete wall is standing along with the sea beach to make the beach near and clean to make it favorable for the tourist. The beach is very close to the Bangladesh Naval Academy of Bangladesh Navy, and Shah Amanat International Airport. The natural lovers’ people come to the place and imbibe its tremendous beauty. 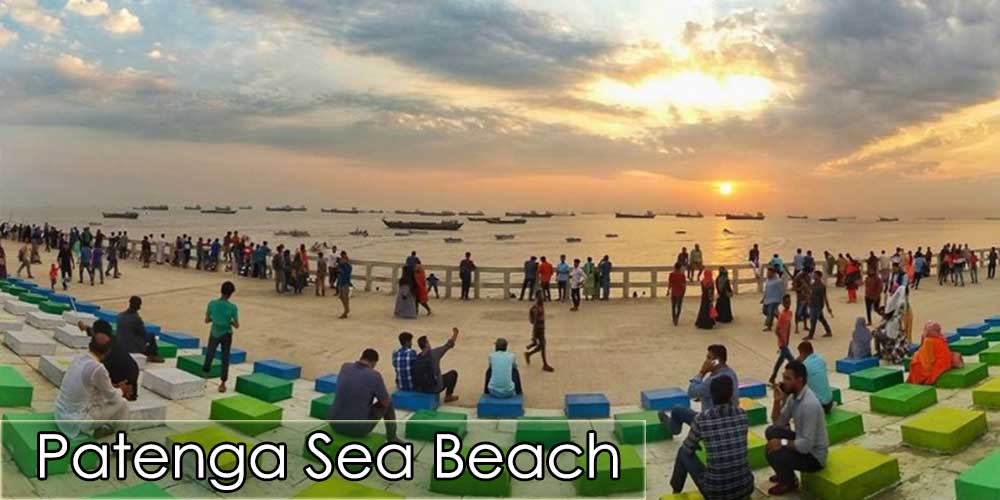 Mohasthan Garh is the best archeological site in the country. The village Mahasthan in Shibganj Upazila of Bogra District contains the remains of an ancient city which was called Pundranagara or Paundravardhanapura in the territory of Pundravardhana. There are many historical sites you will find there that covered a vast range. The extensive ruins of Mahasthan Garh present a glorious past of about 2000-5000 years Pundranagar.

One of the highlights of Mahasthangarh is Govinda Bhita, where remnants of two Buddhist temples can be visited. There is a museum too where you will see all the past relics of the Mahastahan Garh. The highest point within the enclosure at the southeast corner is occupied by the Mazar (tomb) of shah sultan Mahisawar and by a mosque of the Mughal Emperor Farrukh Siyar. 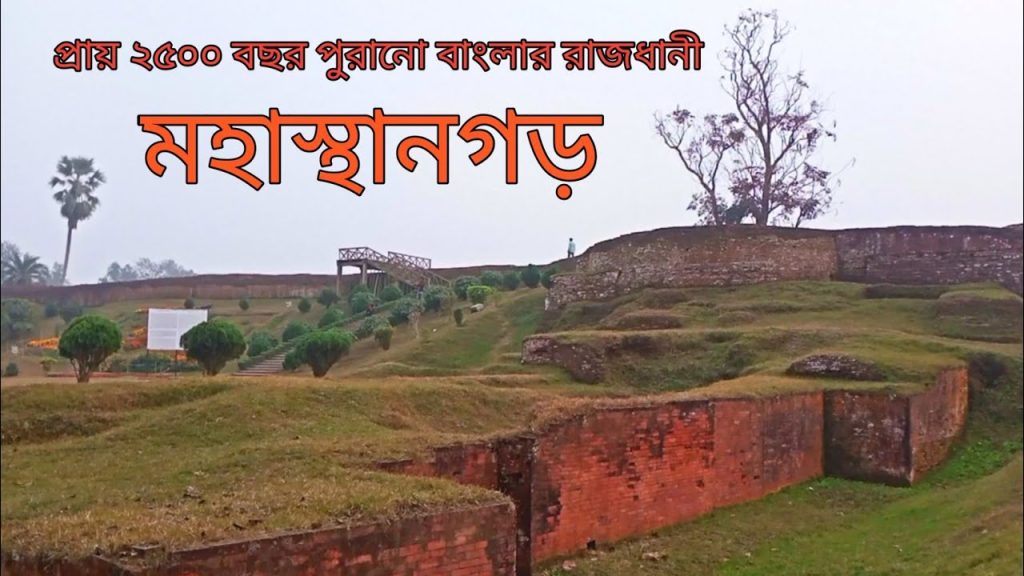 Chimbuk Hill commonly known as the ‘Darjeeling of Bangladesh” is the third highest mountain in Bangladesh and the most popular tourist spot. Chimbuk Hill is located in Bandarban, 26 km away from Bandarban Sadar. The hill is about 2500 feet high from sea level. The hill gives an extraordinary view from its top. The zigzag road is really charming and you will enjoy the villages beside the road.

It will feel heavenly when you will feel like touching the clouds from the top of Chimbuk on a shiny sunny day. You will also see the shades of clouds and heavy breeze. One can have the feeling of floating over the clouds. 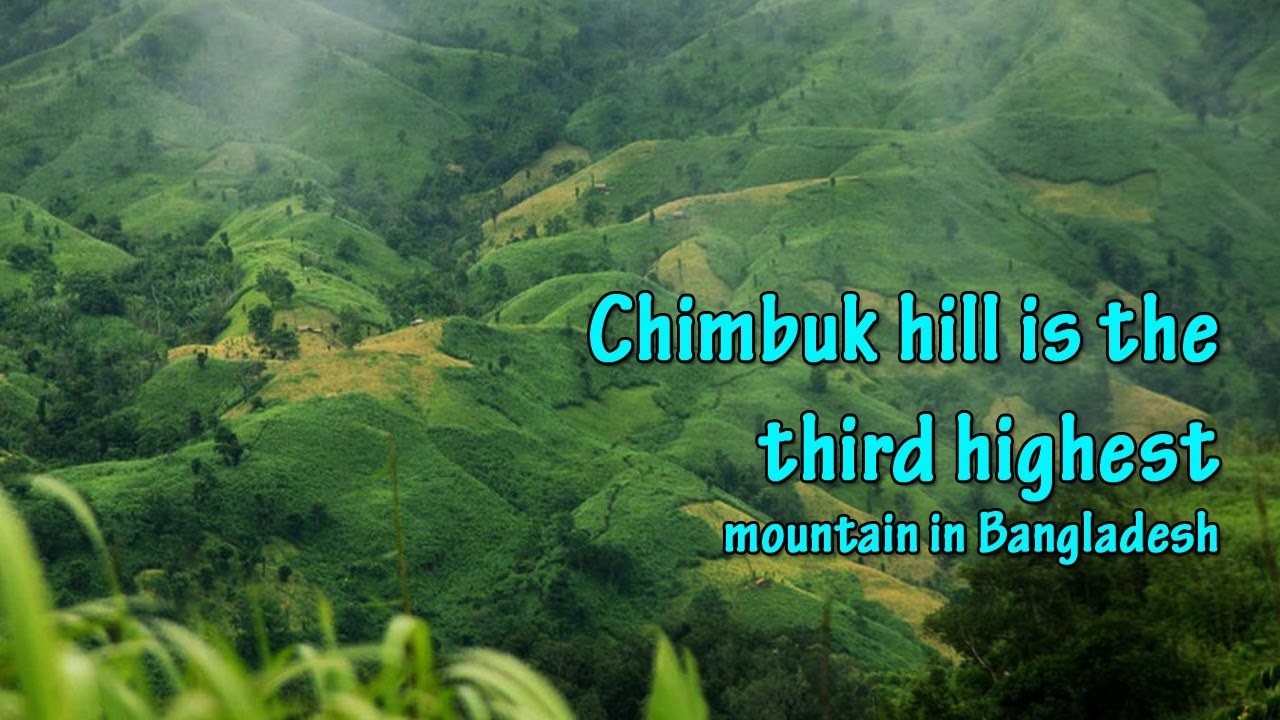 Mainamati is one of the significant cultural heritage in Bangladesh that is located about 8 km to the west of Comilla town where archaeological excavations have revealed very significant materials. Mainamati is dotted with more than 50 ancient Buddhist settlements dating between the 8th and 12th century CE that was the most important Buddhist archaeological sites in the region. 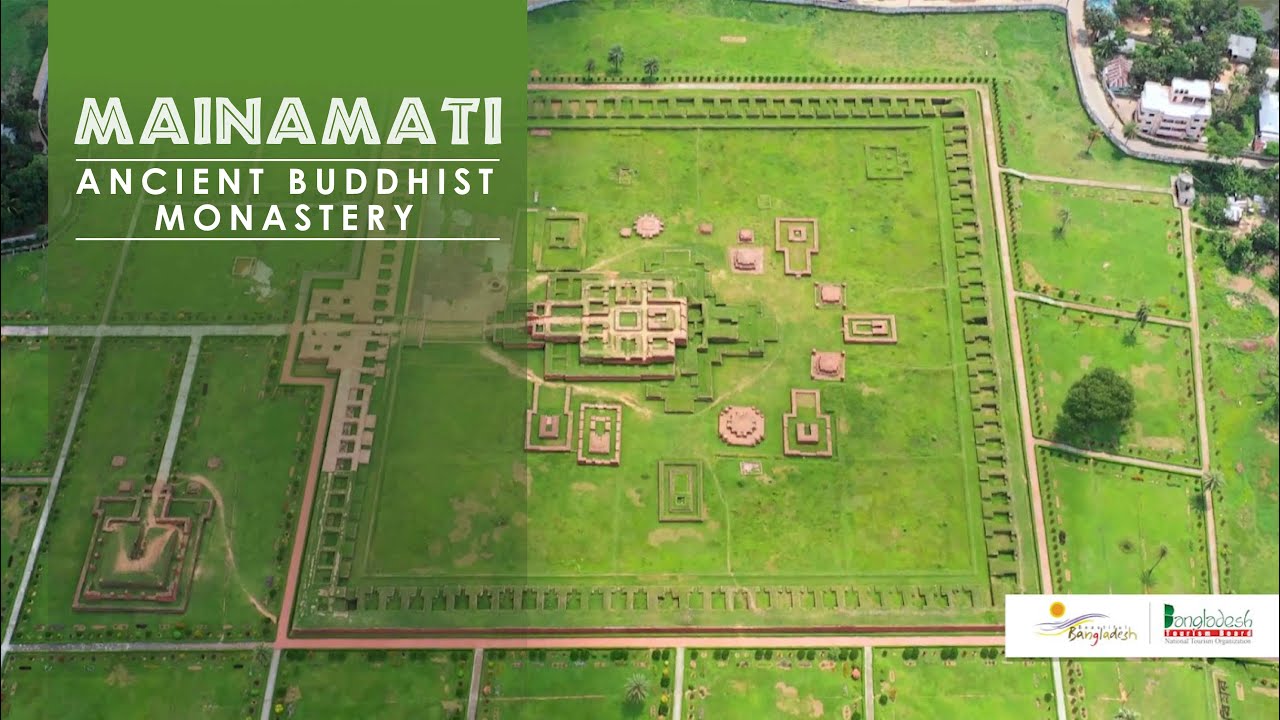 Puthia is an Upazila of Rajshahi District in the Division of Rajshahi, Bangladesh and it is one of the spectacular places in the country. The most spectacular places in Puthia are the Puthia Rajbari (Puthiya Palace), Puthia Temple Complex. Indo-European style Puthia Rajbari is a two-story palace constructed in 1984. Rani Hemanta Kumari built it in memory of her mother-in-law Maharani Sarat Sundori Devi that is located 30 KM away from Rajshahi town.

Dhaka is the capital and the largest city of Bangladesh situated by the river Burioganga. It is one of the populous cities and it is called the city of Rickshaws. Traveling to Dhaka is a different experience. Now Dhaka is the center of political, cultural, and economic life in Bangladesh. Dhaka abounds with numerous archeological sites and Memory-entangled old buildings and it is a city where you will be able to meet all types of people from all places of the country.

Shaheed Minar is the national monument and symbol of Bangladeshi nationalism that was built to commemorate the martyrs who laid down their lives during the historic Language movement of 1952, situated near Dhaka Medical College Hospital and in the Dhaka University area. The monument was erected on February 23, to pay respects to the martyrs. 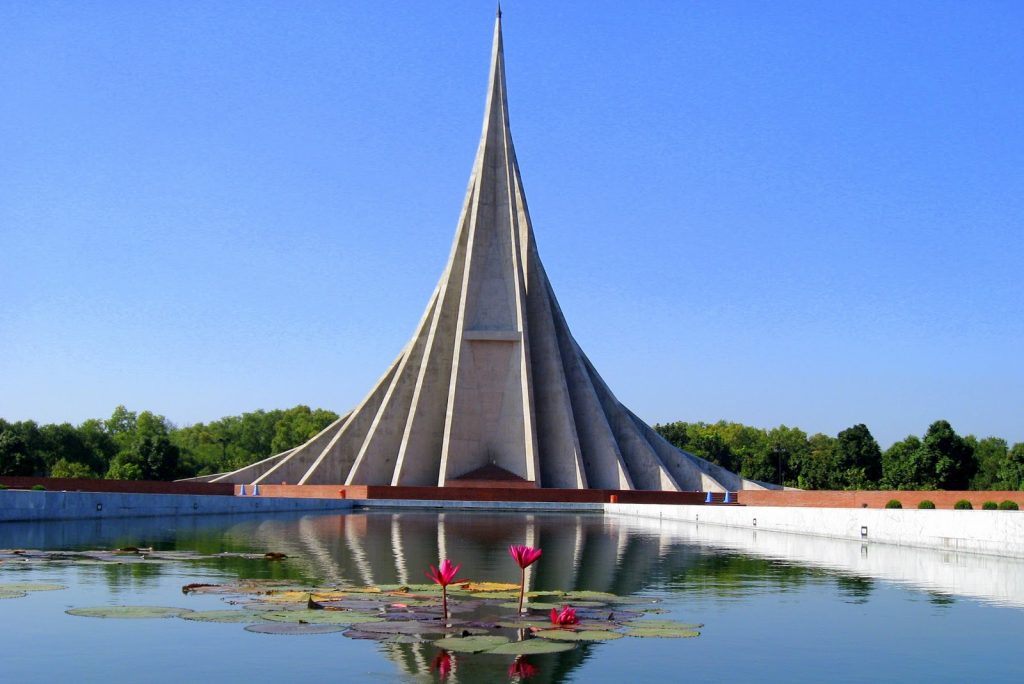 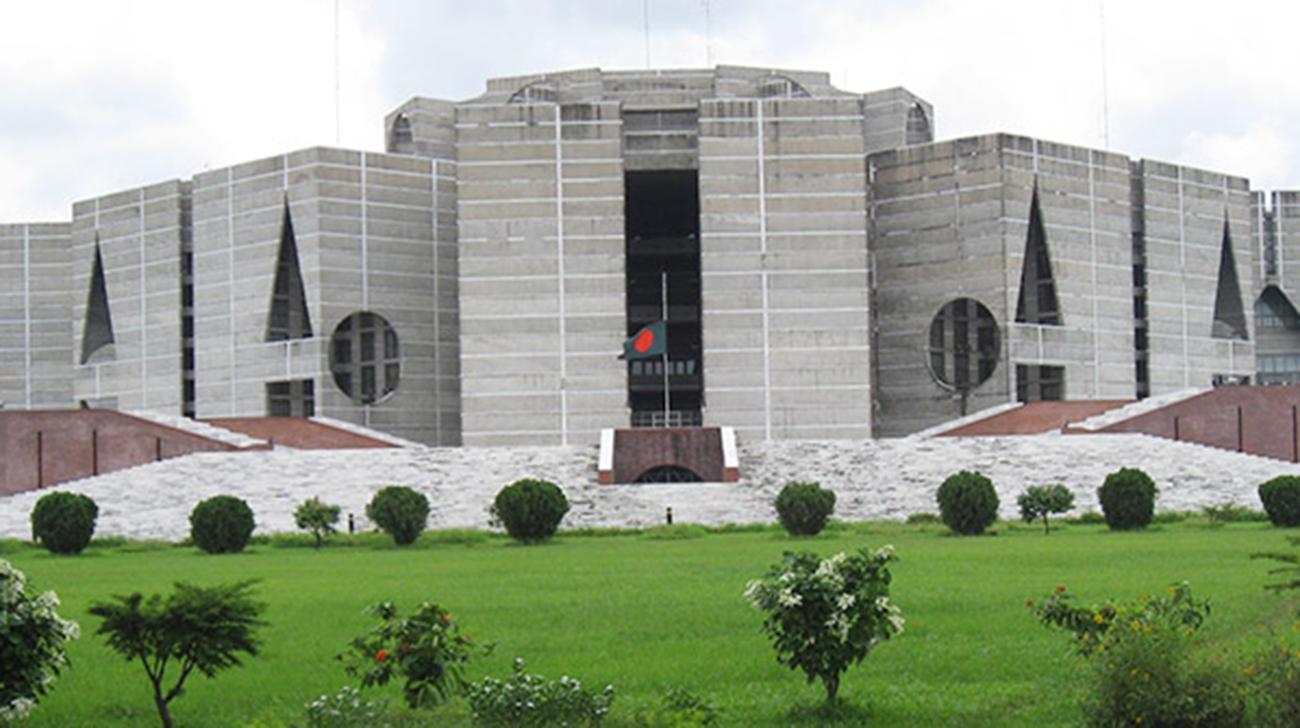 The famous Baitul Mukarram is the National mosque of Bangladesh situated in Dhaka, the capital of Bangladesh. The main building is eight storied and 30.18 meters high from the ground level. The mosque was completed in 1968 with a capacity of 42,000+. The mosque is on a very high platform. 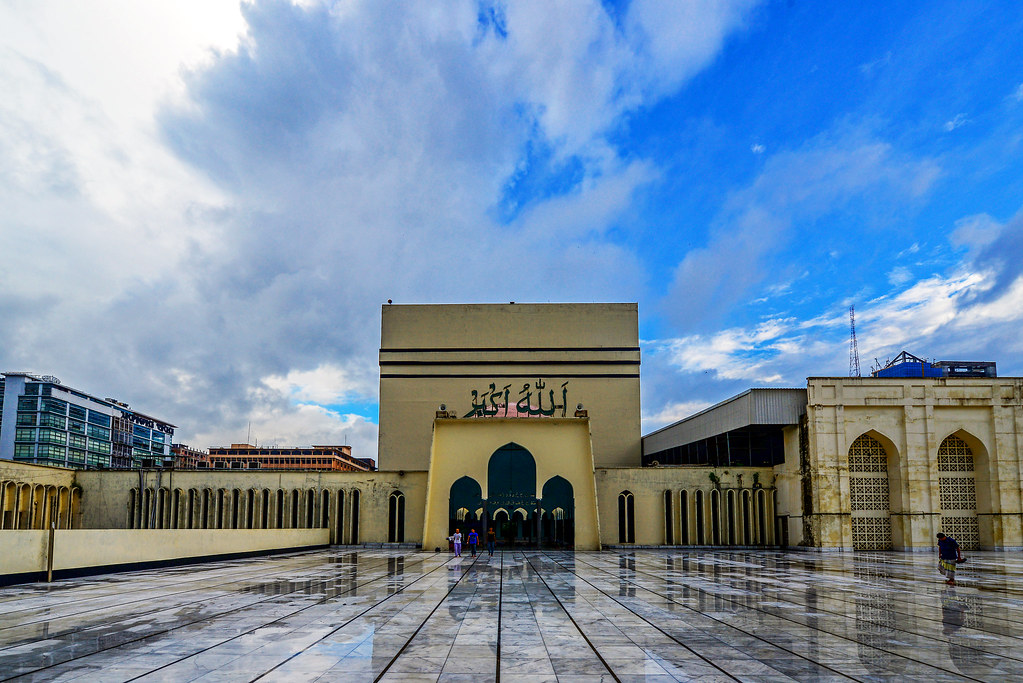 That’s all about the topic. In Bangladesh, there are lots of tourist spots that won’t be completed by counting. I have tried to interpret hare some of the pictorial places. For more information, let us inform. Have a good journey. Thank you.

Rent A Helicopter Price In Bangladesh: Cost, Flight Details And Everything

Rent A Helicopter Price In Bangladesh: Cost, Flight Details And Everything