by Hunter
in Airplane
0

Today I will introduce you to a popular airline, Thai Airways, which is formerly known as Thai International. It is a Thailand-controlled airline that flies internationally to a different country from Thailand. This airline serves its service in Bangladesh, and this airline has its office in Bangladesh. From here you able to know all the information about Thai Airways Bangladesh. Please keep reading this article to know in detail.

Thai Airways is a national flag career in Thailand. It is one of the renowned airlines in Thailand. This airline operating its service to 84 destinations in 37 countries from its main hub Suvarnabhumi Airport. This airline also has its secondary hub located at Phuket International Airport. This airline fleet size is 75. According to the information of 2018, 22,054 active worker and 1438 pilots have this airline. This airline is considered the second-largest shareholder of the low-cost carrier Nok Air with a 21.80 percent stake. Thai airline launched a regional carrier under the name Thai Smile in 2012 using new Airbus A320 aircraft. Thai Airlines is a founding member of the Star Alliance. 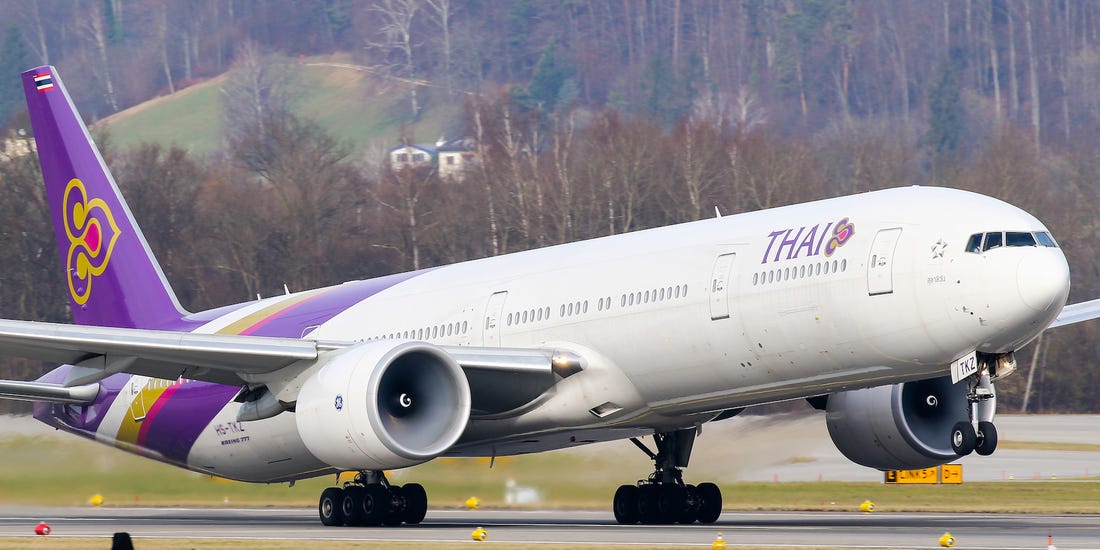 Thai Airlines was initially founded on 29 March 1960, 60 years ago from now. This airline first commenced its service on 1 May 1960 to nine international Asian destinations from Bangkok. In 1971, this airline’s first intercontinental service started in Australia using the Douglas DC-8s and the same year also started in Europe. Gradually this airline increased its expansion and make changes in its service quality. Currently, this airline is one of the renowned airlines in Thailand.

All the Thai Airline seats have been installed on all the aircraft. The business class seats offer between 150 to 160 cm (58 to 62 in) of pitch and a width of 51 to 55 cm (20 to 21.5 in). Before the reconstruction, Royal Silk seats on 777-300ERs are sold as premium economy class seats on Scandinavian routes and Moscow.

Thai Airlines route network is dominated by flights to Europe, East Asia, and South/Southwest Asia, though the airline serves five cities in Oceania. Presently this airline has a total of 84 destinations in 37 countries. This airline operates its service from its main hub Suvarnabhumi Airport and its secondary hub Phuket International Airport. Among all the destinations of this airline, Bangladesh is one. Below I have added all the information of Thai Airways Bangladesh Office. If you need to know about all the destinations of Thai Airways, Click Here.

Thai Airways has two offices in Bangladesh. One is located in Tejgaon, Dhaka, and another one is located in Hazrat Shah Jalal International Airport. If you have any problem with any issue like a ticket, schedule, etc., you should contact their office. The Office location and contact numbers are given below.

Kindly inform me by a comment if you found any wrong information. All the pieces of information are collected from a trustworthy website. If you need to know something more, leave a comment on the below comment box.