Biman Bangladesh Airlines has its service agreements in a total of 42 countries. It provides international passenger and cargo services to different destinations. The headquarters of this airline situated in Balaka Bhaban, Kurmitola, in the northern part of Dhaka. To know more, keep your reading. 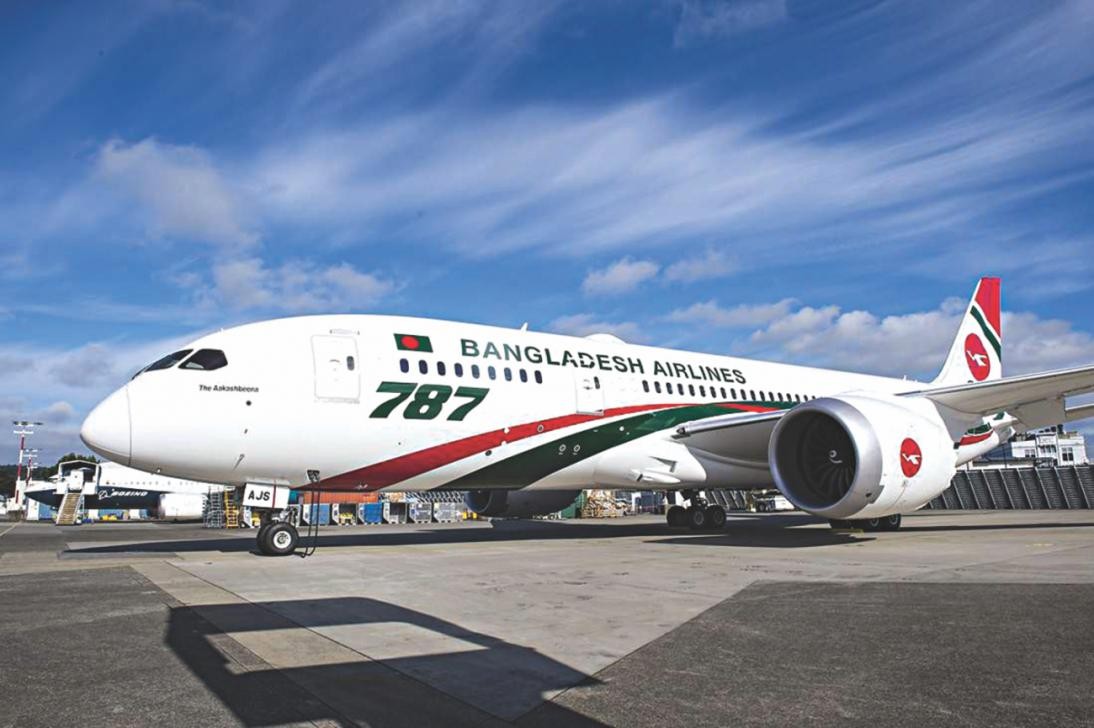 On 4 January 1972, the Biman Bangladesh Airline was established as Bangladesh’s national airline under the Bangladesh Biman Ordinance. The Biman has started its domestic services on 4 January 1972, linking Dhaka with Chittagong, Jessore, and Sylhet by using a single Douglas DC-3 acquired from India. This airplane also started operating its international operations with a weekly flight to London using a Boeing 707 chartered from British Caledonian on 04 January 1972.

Currently, the Chief of Air Staff is Sajjadul Hasan replaced Muhammad Enamul Bari, who has completed his term as the airline’s chairman in January 2020. The Chief Executive Officer (CEO) and Managing Direction (MD) Biman Bangladesh Airline are presently Mokabbir Hossain. In previous Kevin John Steele were the CEO and MD of Bangladesh Biman, who served as MD and CEO of Biman from March 2013 to April 2014.

Kevin John Steele was the first foreign national in the airline’s history to be appointed CEO and MD of Biman. He was a British citizen who had many years of experience working in management and administrative positions at British Airways and other airlines worldwide. He was citing health issues and resigned from Biman’s MD and CEO positions in December 2013.

Biman Bangladesh Airlines is a government’s property in Bangladesh. The Bangladeshi government completely controlled all the activities of this airline through its inception. But in 1977, Biman was converted into a public corporation, and this authorized share capital was increased to BDT 2 billion in 1987, and Biman was transformed into a public limited company.

The Supporting Agencies Of Biman Bangladesh Airlines are combined with aircraft ground handling, aviation engineering, aviation training, and flight catering. Below the detailed information given in the form of a chart.

Biman Bangladesh Airlines signed agreements with SITA and Mercator in 2013. The subject of that agreement was to provide infrastructure support and revenue accounting services to the airline. Gradually this Biman agency has started many modern facilities; in 2014, this agency launched an advanced seat reservation system on its website. This airline also offers an online meal selection option. The passenger can choose from diabetic meals, vegetarian meals, Asian vegetarian meals, child meals, and Muslim meals that will be served on board. Biman allows passengers to request Business Class upgrades and adjacent extra seats after booking an economy class fare in collaboration with a third-party service provider.

Biman Bangladesh Airlines’ authority is regularly working to increase their In-flight advantages. The Boeing 777s and 787s are the newer Biman, and two are equipped with modern in-flight entertainment systems. Each seat is fitted with personal touch screen displays loaded with movies, songs, games, and available high-resolution moving maps and live flight information. All the in-flight services are available in two languages – English and Bengali. The Biman Bangladesh Airline also started to offer diverse meal and beverage options in its flights, including diabetic and children’s meal packages since March 2017. All meals served on-board Biman flights are Halal, and in Business Class, à la carte menus are offered.

Biman Bangladesh Airlines introduced a frequent-flyer program, its name Biman Loyalty Club. This club was established in November 2013. It offers rewards such as tiered benefits, mileage bonuses, extra baggage, lounge access, and priority check-in at airports. The frequent-flyer program had crossed 8,000 members as of July 2014.

Biman Bangladesh Airlines signed an agreement in 2007 with Amadeus IT Group to upgrade the ticketing system with an e-ticketing solution to comply with IATA rules. But suddenly, Biman had briefly stopped using the Amadeus ticketing system when the government suspended the operation for money laundering allegations. The Biman Bangladesh Airline signed the German e-ticketing company Hahn Air in 2013. This system helps to be purchased Biman’s ticket from anywhere around the world.

The airline operates flights to several destinations in the Middle East, some South and Southeast Asia destinations, and London and Manchester in Europe. The Bangladeshi government also permitted this airline to provide flights for the annual Islamic pilgrimage “Hajj.”

All of this information is from a valid source. To provide you the information that you need is our main focus. So now you know about Biman Bangladesh Airlines’ information. Be back for more airlines related information.